The Pitfalls Of Shopify Shipping

How Shopify's well-intended efforts to help merchants with shipping backfire.

E-commerce merchants have struggled with how to handle shipping for a long time. To Shopify's credit, it made numerous changes in recent years in an attempt to help alleviate the shipping-related frustration experienced by its merchants. Unfortunately, many of these changes appear to have been pioneered by people with little knowledge of the subject. This document will present examples of how Shopify Shipping Profiles and Shopify Locations contribute to inaccurate shipping quotes and a loss of information.

Common Elements For Each Example

Each example will include illustrations, and the following symbols will be common in each one:

UPS's rates for Ground service will be used for the examples. Each one will assume that the ship-to address is in what UPS refers to as "Zone 4".  The graphic below was captured for Ground service from UPS's 2022 "Rate & Service Guide - Daily Rates". The rates for packages weighing between 1 to 10 pounds appear in the red box.

For simplicity's sake the example will exclude negotiated discounts, fuel surcharge, accessorial fees, dimensional weight, and all other things that ultimately determine the final charges for a shipment. How these things affect the examples in this document is relative and do not change the outcome.

Before introducing Locations and Shipping Profiles, Shopify had a very common and basic way of handling shipping.  Merchants defined shipping zones (e.g. United States) and the "shipping methods" available for it.  FedEx, UPS, and USPS are examples of common "shipping methods".

Handling the complexities of shipping was left to third-party app developers. There was and still is an abundance of very capable third-party shipping-related apps available in the Shopify App Store. Each one addresses the challenges of shipping differently.

A Basic Example Of Shipping Done Right In Shopify

Refer back to the symbols introduced at the beginning of this document.  In this example, the merchant's Shopify settings identify a single "Location" and all products reside in the "General" shipping profile. The Shopify settings may not accurately reflect the merchant's actual circumstances, but the merchant has elected to rely instead on the programming in the third-party application to account for the complexity of shipping.

After processing the shipping rate request the third-party app responds with a shipping quote of $14.76. Refer back to the UPS Ground rate for a Zone 4 shipment weighing 9 LB (= 4 LB for Item 1 + 5 LB for Item 2).

Since the third-party app had full visibility of the Cart in a single API (Application Programming Interface) request, it can write the details of how the shipping quote was constructed for the order. Here's an example of what a subscriber to one of Eniture Technology's might see in the Additional Details widget:

Take note that both items were combined into a single Ground parcel shipment and the actual rate from the parcel shipping provider was captured on the order.

Next, advance the Cart through the same checkout process...

This time each product results in a separate request for a shipping quote. Each request is anonymous, so there isn't a way to associate them with the same Cart.  Therefore, they are treated as independent requests and the response to Shopify is represented as follows:

The third-party app receives two unrelated requests and processes them independently.  Using the rate table for UPS Ground, a rate of $13.24 is returned for the 4 LB item and $13.70 is returnd for the 5 LB item. Once received, Shopify adds them together and presents a shipping quote of $26.94 to the customer.

If the merchant is interested in accurate shipping quotes, then the outcome of this example is contrary to that purpose.  The rate provided during checkout is 82.5% higher than what the merchant will pay to ship the order. While that may seem appealing at first glance, if it results in a significant increase in Cart abandonment, it might be very detrimental. 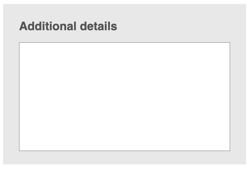 The first deficiency of Shopify Locations is that it uses an impractical method of determining the shipping origin of items on an order based on a "location priority" list. A customer could be across the street from a stocking location with the item in stock, and Shopify's "Locations" logic could quote the order as shipping from the opposite side of the country. Second, the "Locations" logic can result in two shipping origins when it is possible to only have one.  In that case, the example illustration is as follows:

And the API response from the third-party application will be:

These illustrations are nearly identical to the ones presented for the deficiency with Shopify Shipping Profiles.

If both Shopify Locations and Shopify Shipping Profiles are at work at the same time, exponential inflation in the shipping rate estimates that are presented to customers should be expected.

How Should You Handle Shipping In Shopify?

The purpose of this document is to illustrate some very significant negative consequences of using Shopify's Locations and Shipping Profiles.  Most merchants will do better by identifying only one shipping location in Shopify (even if there are more), using only Shopify's General Shipping Profile, and relying on third-party shipping applications for the heavy lifting.  The applications available from many third-party application developers are far more capable than what Shopify has introduced over the last few years.

Are there cirumstances where Shopify's Locations and Shipping Profiles make sense?

If you're adimant about inventory tracking, then Shopify Locations will appeal to you. Just be aware that there are significant tradeoffs and weigh the benefits and costs. There are also other significant short comings to Shopify Locations related to shipment origin selection that are outside the scope of this document.